Hello all once again please welcome Author Jasmine Haynes to my blog she is sharing and excerpt of her book called Kinky Neighbors.  Once that I had the privelege of reading on her blog @ http://www.jasminehaynes.blogspot.com.  This story is in fact how I first became aware of Jasmine as an author and I have been reading her books whenever I can get my hands on them…enjoy!

Do remember there is a contest going on for one of Jasmine’s books (Revenge Sex) in PDF format.  So please leave a comment, leave your email and visit her website http://www.jasminehaynes.blogspot.com! 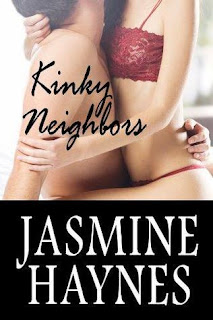