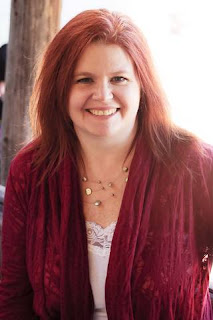 Hi Nikki and readers *waves* Thanks for having me here today! My debut book, Hard Core, released this month so I’m very excited to be here! Thank you so much for sharing it with me!!
In honor of my release I am offering a copy of my debut romantic suspense, Hard Core, in either ebook format or signed print copy to one lucky commenter so please leave me a comment with your EMAIL and gift choice to be entered to win!!
Nikki-Hi Jennifer it’s a pleasure to have you here on my blog along with Alana and Cristian.  Welcome you three, have a seat and let’s began the interview.
NP-How did you meet each other?
Alana: I saved Cristian’s life. And, he saved mine. *smiles at Cristian*
Cristian: *remains silent, but his ice blue eyes soften when he looks at Alana*
NP-What do you admire in him/her?
Alana: His loyalty.
Cristian: Her passion.
NP-Boxers or Briefs?
Alana: That one is for you. *grins*
Cristian: *scowls* Neither.
NP-What makes you smile about hero/heroine?
Alana: *looks at Cristian who is still scowling* That look right there.
Cristian: *scowl darkens*
NP-What makes you heroic?
Cristian: I’m no hero.
Alana: He is.
NP-What is your nickname?
Alana: I love it when Cristian calls me “Doc”. I’m a surgeon.

NP-Do you have any hobbies?

Alana: Between my work at the hospital and my volunteer work I don’t have time for hobbies.
Cristian: She works too damn hard.
Alana: That’s what you love about me.
*Cristian scowls*
NP-What’s your fave food?
Alana: Anything Cristian cooks for me.
NP-What is the thing that has frightened you most? Do you think there is anything out there that’s scarier than that? What do you think that would be?
Alana: *slips her hand in Cristians* Believing I could kill someone. I never want to face that again. Nothing is scarier than facing the darkest part of yourself.
NP-How private of a person are you? Why?
Cristian: *holds Alana’s hand on his thigh* Very. Are we almost finished here?
NP-What do you think of your author?
Cristian: Jennifer likes to push the limits. I respect her for that. Alana’s just off a twenty-hour shift and I’m just back from a mission. Time to wrap this up. *he helps Alana up, puts an arm around her and they walk from the room*
Thanks for having me today, Nikki!! I had fun! And to my readers out there I just want to say THANK YOU! I wouldn’t be here without you! My wish is to one day meet each and every one of you so I can personally thank you for your generosity and support.
All my best,
Jennifer 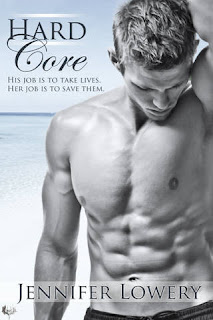 Hard Core/Romantic Suspense
Blurb:
Tag: He takes lives. She saves them.
A supposedly hassle-free job for mercenary Cristian Slade becomes a mission of mercy when he saves a life instead of taking one. Slade’s new mission might be his most dangerous yet, because the danger is to his heart.
Tragedy has sent esteemed surgeon Alana O’Grady to a remote a remote Nicaraguan island where she immerses herself in the lives of a native American tribe, using her talents for goodwill instead of wealth and prestige. But life turns upside down when her work requires she protect a rugged mercenary who commands her attention when she’s awake and dominates her dreams while she sleeps.
Doctoring Cristian puts her entire tribe in danger from the man who’s hunting him. Is it her professional oath or her unprofessional attraction to him keeping her from sending him away to heal on his own? Alana’s fire warms Cristian’s heart, but he’s a hardened assassin and has no business falling for someone like her. Can they fight hard enough to keep what they might have together?
Content Warning: Sexual content.
Excerpt:
Prepared to start an IV, she picked up a needle. She had it in position when his other arm shot out and he clamped her wrist in a bone-crushing grip. Startled, she met his panicked gaze.
“I said no needles.”
Her heart banged against her ribcage as she let the needle slip out of her hand. It hit the floor with a small ting. Alana opened her hands in surrender, her patient’s fingers digging into her flesh. For a man half-dead, he had amazing strength.
“Okay,” she said to placate him. “Relax, I don’t have it anymore. It’s your choice, but I recommend you let me start an IV for meds.”
“No. Just fix me.”
Alana pinned him with a no nonsense stare. “I’m not impressed with Superman heroics.”
Face pale and drawn, he said gruffly, “I’m not Superman. Learned not to trust people with needles.”
Her fingers were going numb. “If I remove the bullet without pain medication or anesthetic, you’re going to be sorry.”
He studied her. “You’re really a doctor?”
Alana bristled. “Technically, yes.”
“Technically?”
She didn’t have time to explain herself with the amount of blood seeping from his gunshot wound. “I went to med school. You can let go of my arm now. I won’t use any needles.”
He looked down and immediately released his grip. She rubbed her wrist to soothe away the ache. “Can I get to work now, or do you want to question me more about my credentials while you bleed to death? I don’t have a blood bank, so you’re screwed if you lose too much.”
Her blunt statement received a curt nod. She normally didn’t talk to her patients like that. Her patients didn’t normally countermand her either.
“Do it,” he said.
“Without anesthetics?”
“I don’t need them. Just get it over with.”
Stubborn, stupid, or both? Insane, yes, but there wasn’t time to argue with him.
“Okay. The offer stands if you change your mind.”
“I won’t.”
She doubted that, but didn’t comment. Instead, wiped her forehead with her forearm, and picked up gauze pads to clean the wound.
“Here goes,” she warned and dabbed his skin.
Her patient didn’t move or even wince as she cleaned the angry wound. Either he had a will of steel or he’d passed out again. Hopefully, the latter. Sweat rolled down her back as she finished cleansing the area around the bullet entry. Red flesh puckered with the first signs of infection. In this environment infection was guaranteed.
With a steady hand that would have made her father proud, she picked up her instruments and took a deep breath.
“You still with me?”
He murmured a response, turning his head slightly so he could see her. The stark beauty of his profile, despite the bruises, struck her again. The lines of his face were chiseled, unforgiving. The kind of man she’d glance at twice if she passed him on the street.
A man associated with a criminal.
“Still here, Doc. What are you waiting for?” Husky with pain, his deep voice brought her out of her thoughts.
She gave herself a mental shake. “Want something to bite down on?”
A small, wry smile touched his lips and his lids closed. “You won’t hear a peep out of me. Just fix me, Doc.”
“I can hit you so you’ll sleep through it,” she muttered.
That drew a low chuckle from him. She didn’t expect him to have a sense of humor. He seemed too…hard. His chuckle turned into a grunt of pain. “You probably hit like a girl.”
Alana grinned. “Yes, I do. Rest assured it won’t feel like it.”
“Appreciate the offer, but, no.” His words slurred together, his muscles tense as he fought his body’s demands.
“You got a name, Superman?”
His head rolled to the side, his chest rose and fell slowly. She thought he was out but he murmured, “Cristian.”
“Nice to meet you, Cristian.”
Then she dug into the wound for the bullet.
Author Bio:

Jennifer Lowery grew up reading romance novels in the back of her math book and on the bus to school, and never wanted to be anything but a writer.  Her summers were spent sitting at the kitchen table with her sisters spinning tales of romance and intrigue and always with a tall glass of ice tea at their side.

Today, Jennifer is living that dream and she couldn’t be happier to share her passion with her readers.  She loves everything there is about romance.  Her stories feature alpha heroes who meet their match with strong, independent heroines.  She believes that happily ever after is only the beginning of her stories. And the road to that happy ending is paved with action, adventure, and romance. As her characters find out when they face danger, overcome fears, and are forced to look deep within themselves to discover love.
Jennifer lives in Michigan with her husband and three children.  When she isn’t writing she enjoys reading and spending time with her family.
Find Jennifer:
Author Website   Facebook   Twitter   Romance Recipes
Buy Hard Core:
Amazon
Lyrical Press
Barnes & Noble
Bookworld
iTunes

18 Responses to Character Interview and giveaway by Author Jennifer Lowery