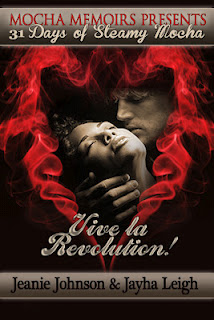 Revolution Buckland had no idea that she was going to be his wife…and have his babies, which is exactly why Andoni didn’t tell her. The voluptuous woman had a mean right cross and penchant for making off with jets, which meant there was a good chance she could kill him and dump his body someplace where it’d never be found. Perhaps it wasn’t the best idea to bait her at every turn, but he couldn’t help it, because an angry Revolution was a beautiful sight indeed.

While ducking her barbs and blows, all he could think was, “Vive la Revolution!” 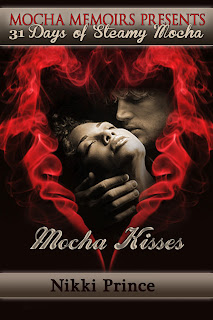 Though a decade apart in age and from different ethnic backgrounds, will their mutual love of books and addiction to mocha lattes make for one evening of pleasure or something more for geeky Ronan and Meredith?
Meri didn’t think Ronan was serious about their agreement to spend time together if both were single by her thirty-fifth birthday. After all, he was still seeing that redhead when they made the pact.