Jackson came back to consciousness with his head in Eric’s lap. The two men were growling at each other in a foreign language Jackson didn’t understand.

What had happened? Had he really passed out from the pleasure? How embarrassing.

“Jackson, are you all right?”

Jackson nodded and began to sit up. Two pairs of hands gently helped him up to a sitting position.

“What happened?” he asked, a little concerned.

Malcolm looked wounded for a moment then straightened.

Jackson tried to be angry. Really and truly he tried. But all he could do was remember the pure pleasure of feeling Malcolm’s fangs sinking into his flesh.

He opened his mouth to reassure the vampire that he hadn’t indeed hurt him, but stopped himself. These two men had already taken something from him. His ignorant bliss that he could truly be satisfied with a woman.

He didn’t need to give them any more leverage on him. If he stopped them biting him, perhaps that would lessen their control on him?

“I forgive you, of course, Malcolm, but please don’t do it again.”

The two men looked at each other with looks of pure horror, and guilt hit Jackson’s belly hard.

Jackson clenched his teeth against the need to undo what he had just done so merely nodded. He needed a small measure of control over this situation.

Malcolm smiled at him.

“That’s all right, Jackson. After we turn you, which will be soon, we won’t be able to feed from you, so it won’t matter.”

“What?” He staggered to his feet, unable to believe what they had just said. They weren’t turning him into anything!

The two beautiful men both flew to their feet and moved close to him. He was overwhelmed and crowded, a feeling he neither liked nor was accustomed to.

Jackson held up his hands and pushed one against each of the vampires’ chest. The warmth burnt him, and his cheeks flamed with wanting them.

“Would you two just back off? I need to ask questions, and you being so close is not helping.”

They both grinned like he had given them the biggest compliment in the world. Perhaps he had.

“I’m sure you have lots of questions, Jackson, but we need to relieve our lust. Would you come home with us?”

Jackson swallowed. His body was throbbing with awareness. Despite his unnatural urges he had never actually thought he would be with one man, let alone two. It was wrong to want such a thing.

Eric continued. “If you aren’t ready to come to bed with us, then we can leave you and come back to see you tomorrow night.”

Pure and hot jealousy pumped through Jackson at the thought. These two beautiful vampires were going home to touch each other. Lick and fuck each other.

He had never been so angry at himself before. He wanted to go with them.

Eric stepped closer, taking a deep inhalation through his nose, and his eyebrows flew up in surprise. Could Eric tell how much he wanted them?

“If we promise not to bite you, would you like to come home with us? Join us? No one will ever know, Jackson.”

Jackson’s cock and nipples tingled at the thought. Tonight was the very first time he had been sexually satisfied in his whole life. What would it be like to bed the two men?

“I have never…” Jackson stopped, unable to finish his sentence. His face flushed red.

Malcolm reached out and picked up his hand, entwining their fingers in an intimate way. Heat travelled up Jackson’s arm and made him shiver.

“You don’t have to do anything you don’t want, Jackson. Just watch if you like. We want you but would never force anything on you.”

Jackson shuddered, the raw sexuality and need evident in both vampires.

“How was the wedding last night?” Liam began spooning noodles onto Patrick’s plate and then put some on his own. “This smells awesome.” 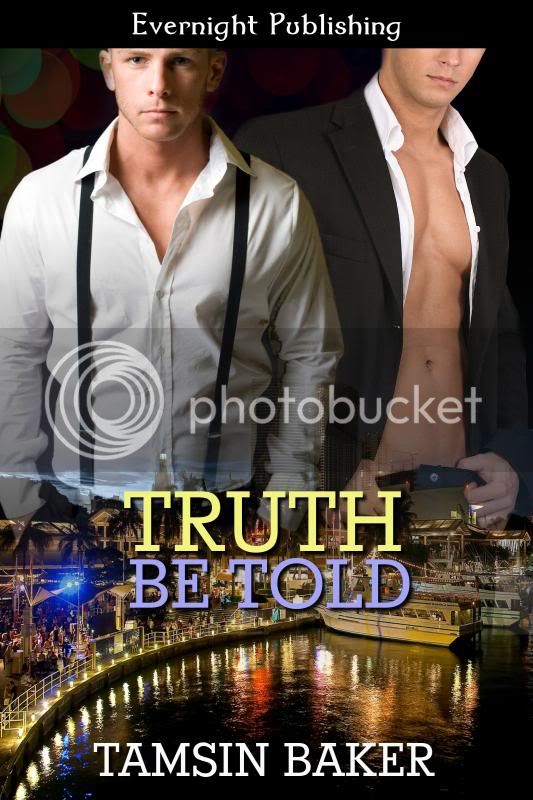 Patrick sat and began dividing the satays between them.

“Yeah, lucky they make it so hot or it wouldn’t have made the trip still warm. The wedding was good. My first cousin, Amelia, was the bride. My mum spent the whole night pushing me towards her friends.”

A burning jealousy gripped Liam’s insides but he forced himself to smile. “So, you picked up then?”

Patrick paused, chicken satay halfway to his mouth, then burst out laughing. “You think I … Are you kidding?” He continued to laugh.

Liam threw a butterfly into his mouth, the fried batter causing him to almost choke. He wasn’t used to such rich foods.

Patrick stood up and moved towards him around the table. Liam tilted up his face and was rewarded with a quick kiss before Patrick sat back down, still chortling.

“Liam, I may not be out of the closet, but I haven’t been able to get it up for a woman in almost ten years.”

Liam relaxed. He’d worried for a moment that he was dealing with more than he could handle. He could compete well with other men, but if Patrick was truly bi- he didn’t really stand a chance. “Good, then you won’t be tired for me.”

“Tired?” Patrick groaned and took a long swig of his soft drink. “The only reason I’m tired is because I couldn’t sleep without you.”

Liam watched in fascination as his lover shut his mouth with an audible snap and blushed brightly. It looked like he hadn’t meant to share that piece of information.

Maybe Patrick would feel less embarrassed if he shared something too? “I pulled myself off thinking about you last night. How your mouth felt around me, how hot your cock was, everything.” He felt his cock thicken in his jeans whilst he said the words, he wanted Patrick now.

Patrick set his fork down and opened his lips to draw a bigger breath, his pupils even dilated.

Liam stood up first and walked around the small table. He reached down and pulled Patrick up to him. Once level, face to face, he thrust his pelvis into Patrick’s and felt the hard ridge along his fly. Thank God he wasn’t the only one affected.

“I have missed you. How crazy is that?”

Liam couldn’t stop the honest words. He had never wanted anyone with this much intensity before.

In answer, Patrick’s hands slid up under his t-shirt and pulled it over his head. Then he ducked his head and sucked on one of Liam’s nipples. Liam moaned as sharp teeth grazed his sensitive flesh. Patrick straightened again and Liam pulled at the boring white t-shirt which he hated.

Liam looked his lover straight in the eye, “You better not want to top tonight, because I need your arse.”

Patrick kicked his feet out of his shoes and dropped his jeans to the floor.

Grinning like a Cheshire cat, Patrick looked him up and down, “We could take turns again.”

Liam laughed and dropped his own jeans. They pooled around his ankles and he quickly stepped out of them. “If you’re still hard after I fuck you, then be my guest.”

He arched an eyebrow at his lover. Challenge set.

They both moved at the same time. Arms went around each other, lips fusing together. Their tongues thrust, dueling for supremacy as they showed their passion for one another with actions rather than words.

Liam pulled back, panting and held out his hand. He really needed to keep lube and condoms in every room of his house.

Patrick took it without question and followed him into the bedroom.

He went to get a condom but Patrick stopped him. “Allow me.”

His lover ripped open the foil and pulled out the rubber, then carefully rolled it onto him. Liam sighed in bliss.

Patrick poured the lube into his hand and rubbed his cock well. “How do you want me lover? Top gets to choose.”

Liam wanted him right now, he didn’t really care how. But he did like seeing Patrick’s face while they fucked.

“Let’s try the position we left out the other day.”

Patrick looked at him, confusion written all over his face.

Liam lay down in the middle of the bed, his cock pointing up, hard and aching to feel Patrick. “Come sit on me.”

He put his arms out and beckoned to his lover. He was beyond patience. If Patrick didn’t hurry then he would be just bending him over the bed and driving into him over and over again.

“You want me to mount you?”

Liam beckoned again with his hands, “Come here. You’ll like it.”

Eyebrows still furrowed, Patrick crawled across the bed and swung his leg over Liam’s waist.

The warmth and weight of Patrick’s arse was heaven. Liam reached up and began to stroke Patrick’s hard cock. Such a nice, thick dick. He could easily get used to having this all the time.

“So, what about you, Liam?” Patrick asked as he leaned forward into Liam’s grip and lubed up his own arse.

“Me?” He was falling into space, his pleasure at feeling Patrick’s weight, touching his cock, and looking into those beautiful brown eyes were shutting off the rest of his brain.

“Did you pick up the past few nights at your club?”

Liam laughed and let go of Patrick’s cock. He wrapped both hands around his lover’s waist and lifted him up, positioning him right over his own cock. “Lower yourself down. I’m going crazy here.”

Patrick reached under him and positioned the pole he was to be impaled upon.

Liam scowled, trying to thrust up, but Patrick held him back.

What was the question? His mind cleared as though blown out by a leaf blower.

“Patrick, I don’t want anyone else but you.”